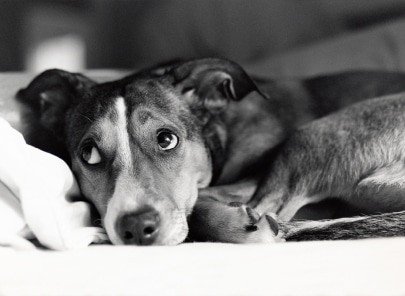 Dogs Have Feelings Too

Research suggests that animals experience emotions and it is not unique to humans. Emotions psychologically influence the individual’s behaviour management and impulses. As well as the brain triggering physical changes, such as increased heart rate and breathing Beckoff (2000) G Ward (2018) TCBTS. Panksepp (2004) lists the emotions of; Seeking, fear, rage, lust, care, panic and play. He has undertaken study on animal emotions to compare humans with animals by looking at the neural infrastructure with neurochemical changes along with emotional responses Panksepp (2004). Darwin, Panksepp (2004) and Beckoff (2000) suggest there may be a level of emotions experienced by animals, rather than which type Beckoff (2000). Intriguingly if evolution has promoted traits that benefit a particular species, a certain level, or range of emotions could be an advantage to survival, particularly in a social species that need to maintain relationships within the group, so that the social group can work effectively for the benefit of all.  However a dog cannot be regarded as a human, or the behaviour dealt with in the way, a human may emotionally address unwanted behaviour of another human. There remains much controversy on the subject of animal emotions. Findings in research studies have motivated further required research Beckoff M (2000)  Pankseep (2004).

2018 TCBTS Conference; Dogs Have Feelings Too

The TCBTS hosted speakers Sian Ryan and Jane Arden on Sunday 7th October 2018. ‘Dogs have feelings too’, which was sold out.